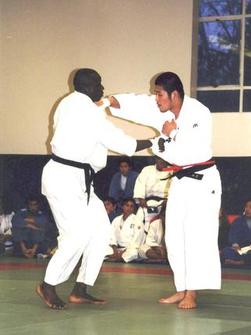 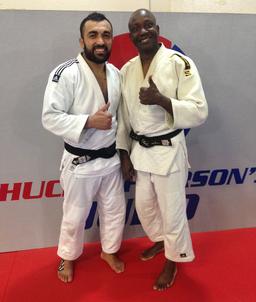 Souley began his martial arts journey in his homeland of Mali at the age of 6, when his father enrolled him in Karate classes.  He discovered his true love Judo at age 12 after his family moved to a new town and he had to abandon Karate.  Mesmerized by the grace, flow, and philosophy of Judo.

Souley began training under Sensei Makaya and became a competitive power house even as a high school student and continued his medal winning streak even throughout his college years, placing at numerous competitions, including taking 7th in 1997 at the African Championship.

In 1999 he moved to New York to attend college where he joined the New York Judo Club and began training under Sensei Matsumura. As a competitor he took Gold in the New York State Championships (2000) and the Empire State Games (2000).

In 2001 he was accepted into graduate school at San Jose State University, where he also joined the world renowned Judo program at SJSU under coach Yosh Uchida.  He continued to collect competition accolades, including Bronze at the NY Open (2002); Silver at the California State Judo Championship (2002, 2003); and Silver at the Buddhist Tournaments (2002, 2004).

All told Souley has over 27 years of Judo training and teaching experience, and also a Master's Degree in ISE, with an emphasis on supply chain management in addition to being a life coach. 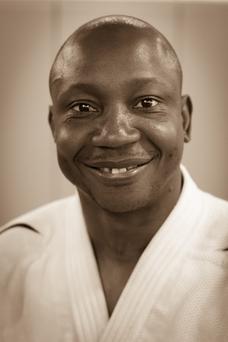